The role of influencers in marketing strategies

Way2net » Digital Strategy » The role of influencers in marketing strategies 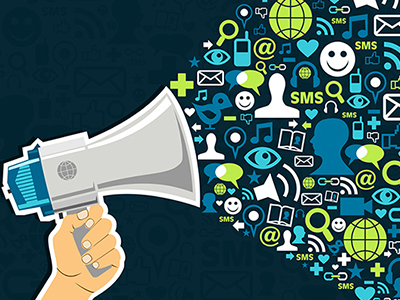 In recent times influencers marketing has been gaining weight. With the internet boom and the success of social networks, certain profiles of users have managed to connect with his followers, created a strong data base and connect with other users. Their opinions are valued, because they are seen as influencers ‘who know’ about specific issues.

Influencers are increasingly required by brands, and even become the subject of their marketing campaigns. Several studies have demonstrated that such figures and their views are far more compelling to consumers than traditional advertising formats.

“For digital generation new voices are needed. The falls and rises celebrities are much faster now and brands need to capture the flow and exploit microhearings segments” said Rob Norman, chief digital officer of GroupM.

And not only is that celebrities have seen their traditional moment of glory have a shorter life cycle, but also the weight of influence has also changed.

The presence of influencers in campaigns is increasingly common: 75% of brands confessed in a study that uses influencers in their campaigns. The forecasts are that in the near future the number of firms using these figures rise to 84%.

The professionalization of influencers

Today companies have professionalized access to influencers and given them a larger role in its strategy. Now, these have become a proper communication channel (not just a complement to public relations campaigns) and brands are devoting more and more budget on them.

The agencies are launching increasingly formats to understand how marketing works with influencers. Measure the success or failure of a campaign influencers is becoming increasingly easy because more tools to measure the ROI of these campaigns and the actual impact on consumers appeared.

Brands are encouraging devote part of their budget to such campaigns. Not worth to convince a influencers to talk about something with offering a gift. Influencers have to be on the budget: for them has become a source of income and for brands a new source of expenditure. The 85% of influencers expected to be paid if you are talking about a product and only 4% would be content to receive the product in exchange. Those who are content to hire them for your blog publicity are a minority.

Does the marketing strategy of your company contemplates the use of influencers?