Virtual Reality and Marketing: Opening the range of opportunities 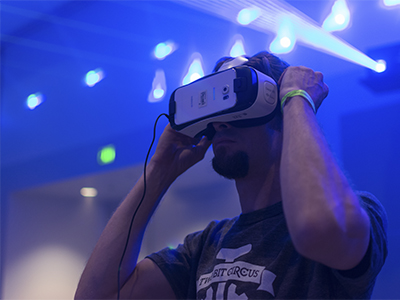 The union between marketing and virtual reality is here to stay and it started to open the window of opportunity for brands.

Virtual reality experts agree that 2016 will be the year in which sales of these glasses increase, because there are more models and they become more accessible. Companies with huge weight in the sector begin to invest in augmented reality to enhance the experience of its consumers.

Coca-Cola, for example, made use of the famous augmented reality glasses Oculus Rift, recently acquired by Facebook, to transport users at Maracana Stadium locker room and allow them to advance to the field. Meanwhile Facebook expects to have a market of one billion users of virtual reality with its support for the Oculus project.

On the other hand, the popular TV channel HBO decided to offer a virtual experience to “Game of Thrones” lovers and Nissan made use of this glasses  allowing users to virtually explore its prototype car.

Google updated the app of its virtual reality system Cardboard, using a cardboard and a smartphone, and is now available in 39 languages. The large company announced that “Street View” system is now available for Cardboard. This allowed everyone to visit cities and places around the world, which opens up endless opportunities for tourism marketing.

Argentina is not far behind. Collateral Studio is a pioneer in virtual reality, being the first study in Latin America to produce a short film for this format. The company has done production work for virtual reality Burman Studio, Club Atletico River Plate and Tedex River Plate, among others.

Uses of virtual reality and marketing

Depending on the brand strategy  virtual reality can serve in a marketing campaign in several ways:

1. Product Placement: From video games to series can introduce a brand within the virtual reality experience. This will allow companies gain a foothold in consumer’s mind in a new way.

2. Events: We used to see  wine tasting at events when their respective brands want to introduce the product, but in sectors such as tourism and services this task becomes more complicated. Virtual reality comes to simplify the lives of many brands seeking to publicize what they offer but thay can only do so with video clips or still photos.

3. Ecommerce: Virtual reality allow users to access stores to buy the products they want easily. Can you imagine doing purchases from the couch?

To exploit all the potential of virtual reality in the world of marketing we will have to wait for the technology to settle. For now there are many promises and some realities.

Is your brand ready to face all the innovations in technology?